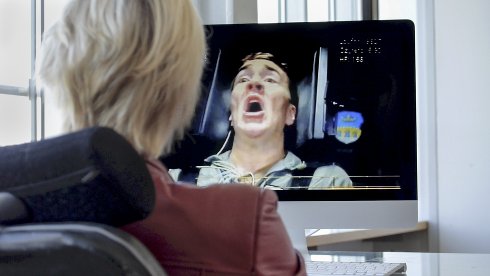 Franz Wanner   born in Bad Tölz. After training as a photographer and studying film, he studied media theory and interdisciplinary projects at the Academy of Fine Arts in Munich. His cross-media artistic work appears in interdisciplinary contexts.
roulettepolar.net


From Camp to Campus

As the "Luftfahrtforschungsanstalt" (Aviation Research Institute), the NS regime installed an armaments centre to the south of Munich, and forced laborers were used to build it. Military production has continued there to the present day. In 2013, the complex was named after NS engineer Ludwig Bölkow and designated a campus. While the structural documents of the former prison camp are being cleaned up, the Bavarian state government establishes its "Bavaria One" aerospace strategy at the site of the former forced labor.