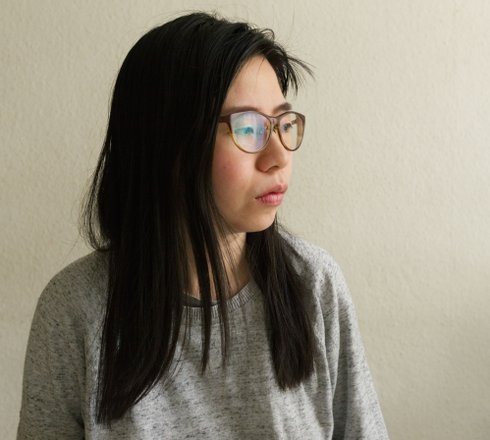 Aiko Okamoto   born in Kyoto. She has been in Germany since 2003 and, after her art studies at the Academy of Arts in Munich (Vom Bruch class), works at the interface of club culture and the fine arts. She is a member of "female:pressure" and co-founder of OKONOMA.

Vanessa Ivan   born 1991, studied at the Academy of Fine Arts in Munich (class Julian Rosefeldt). Worked as a camerawoman for the Münchner Kammerpiele. Musical album video "Qualm" for Helena Hauff, 2018.

Nalan aka slimgirl fat   is a singer and producer. Her projects include Gaddafi Gals and Nalan381. At the end of 2018 she released her debut EP "ugly". Her sound was once described as "emotional breakdown of improvised gesture".

With overhead projector and beamer Okamoto creates an atmospheric space for the live electro-acoustic sound.