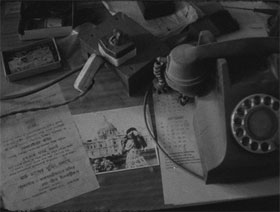 The camera finds its way through the corridors of deserted film laboratories, dilapidated cinemas and a low-budget film crew's set. Digital technology is replacing conventional film techniques and equipment at an amazing rate in India, resulting in a substantial part of the cinematic heritage being lost. – IFF Rotterdam

Shai Heredia is a filmmaker and curator of film art. She founded Experimenta – the international festival for experimental cinema in India – in 2003 in Mumbai.Over the years, she has rapidly developed the festival into a significant international forum for artists' film and video.