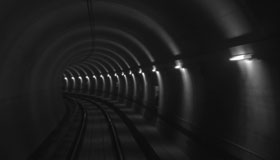 Starter Film prize of the city of Munich

For most people, sleep comes naturally, but for some, the night turns into an ongoing struggle to drift off into oblivion. This film explores what it’s like to be awake against one’s will and the feelings of despair and loneliness that accompany the passing of time. The story is told through the protagonist’s eyes as we drift in a state between wakefulness and sleep through the city at night. The abstract and poetic imagery takes us deeper into the vicious circle of someone's struggle with sleeplessness. – Anna Ewert

Anna Ewert, German-Irish filmmaker who is currently based in Munich. From 2007 to 2010 she studied filmmaking at the Edinburgh College of Art. Since 2011 she is a student at HFF in Munich, specializing in directing documentaries.