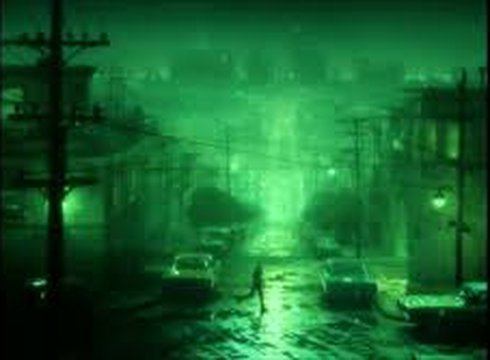 The prologue shows a dial being turned from “Talk” to “Listen”. In a studio cinema, a man in handcuffs is held at gunpoint as he watches the images on the screen. A map can be seen, with a finger pointing to San Francisco. Reporters stand in front of a building, poised to deliver news by loudspeaker; the public wait in fear. The Golden Gate Bridge appears, bathed in green light; a storm rises, the steep streets of the city are entirely deserted.
The structure of this film pays homage to Hitchcock’s VERTIGO: a dizzying assemblage of film and TV images both familiar and unknown, all from the Bay Area. From this trove of found material, they have created a cinematic fantasy that pulls the viewer in and never lets go. (Arsenal Institut)