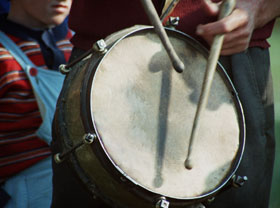 A documentary of a village pop-music-festival-cum-beauty-contest. Transferred from urban to rural context, this event turns into a caricature of a sort, revealing the impact of mass media on parochial values.