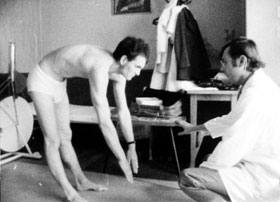 „A documentary film about the departure of our people to work in Germany. The new labour force decends to Munich‘s underground, and here, instead of a name, each man is given a number.“ — Krsto Papić