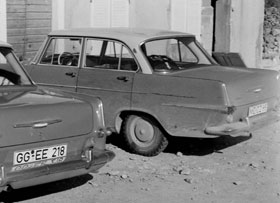 The everyday life in Dalmatian hinterland changes with what foreign workers bring back home with themselves - cars, radios and a new way oflife.