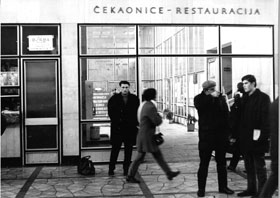 The modern Vinkovci Railway Station building is a place where we get to see the backside of socialism‘s success – unpromising seasonal workers and homeless people, but also an enthusiastic station member.